Alcatraz: The Island of the Pelicans

La Isla de los Alcatraces or the Island of the Pelicans was the original name given to the small island about 1.5 miles offshore from San Francisco in San Francisco bay.  Now known by its English name – Alcatraz, the island is one of the most popular tourist attractions in California and is a part of the National Parks system.  Over 1.3 million visitors come here every year and it is wise to book well in advance to be assured of a ticket on the ferries that take you to the island throughout the year. 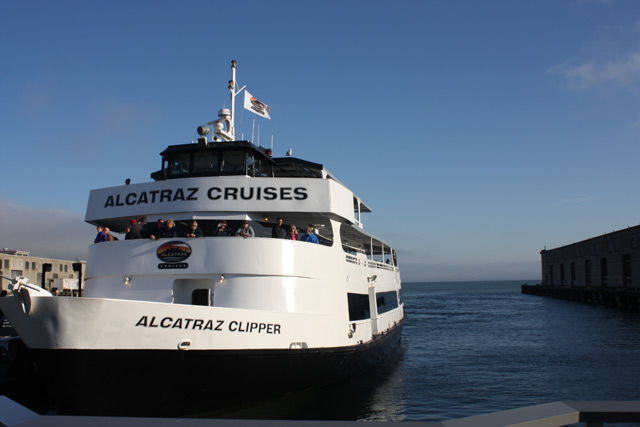 Originally used as a base for a lighthouse to light the strategic entry to the bay Alcatraz was transformed into a military fort to protect the city and the surrounding towns from attack.  Control of Alcatraz ensured control of the bay.  The isolated spot with the cold breezes, foggy atmosphere, freezing and fast flowing waters was not the best posting for a soldier and soon the military changed its use to a prison.  In 1934 Alcatraz became a state prison and was open to around 250 men who found it hard to follow the rules of society and other prisons. 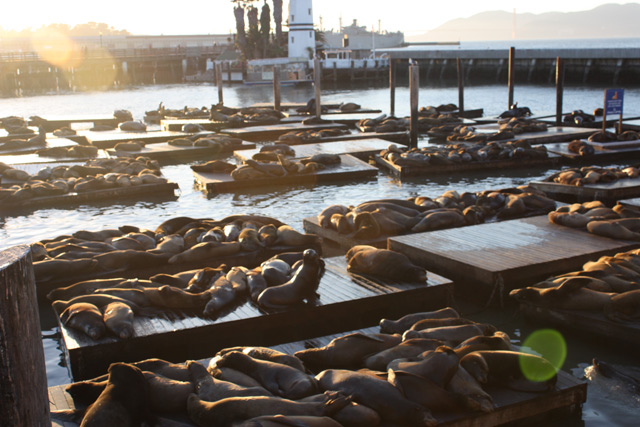 As you queue for the ferry you get your first glimpse of the island with its stark buildings set against the cold and often foggy waters of the bay. Enthusiasts make for the front of the boat and stand outside on the deck whilst more experienced sea goers sit inside.  It is easy to see why once the ferry starts to move and the cold breezes start to rip at the clothing of the unwary.  Soon the outer deck clears of tourists and you are off to Alcatraz. 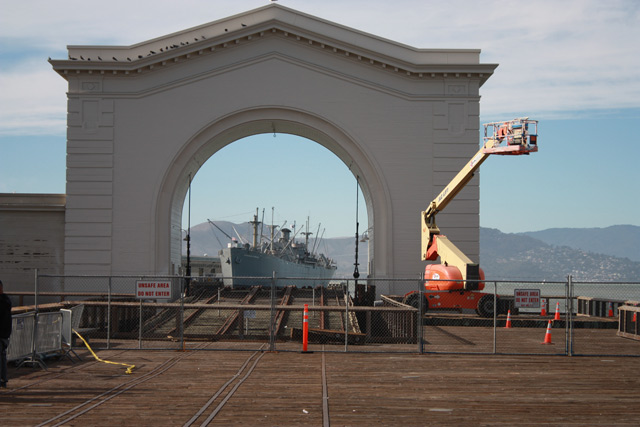 As you approach the dock you get the first feeling that this is not a nice place to be. The cold facade of the residential building that was used by the guards and their families prepares you for the sights that you will see as you move up to the big house on the hill.  Volunteer rangers are on hand to brief you on the history of the island and its natural beauties and sea life but you cannot wait to get up the hill to see the temporary home of some of America’s more famous villains. 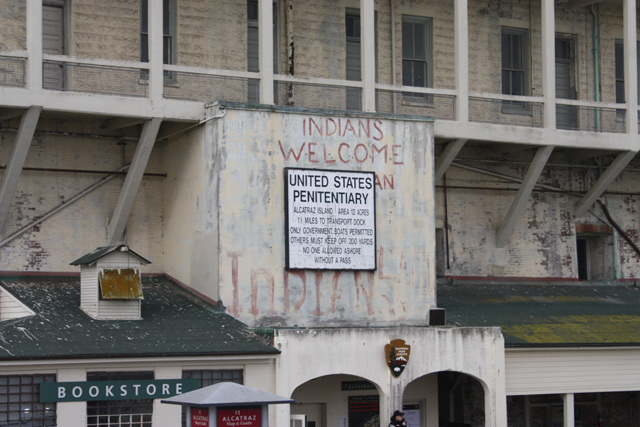 Alcatraz was “home” to around 250 inmates at any one time and they were housed in prison cells that resemble large cages for birds. They are stacked like an aviary, are approximately 5 feet by nine feet and have a bed, a toilet and a small sink together with a metal chair and table attached to the wall.   Few if any personal belongings were allowed and each prisoner had a rule book to follow which spelled out that they were entitled to food, clothing, shelter and medical attention but everything else was a privilege and had to be earned. 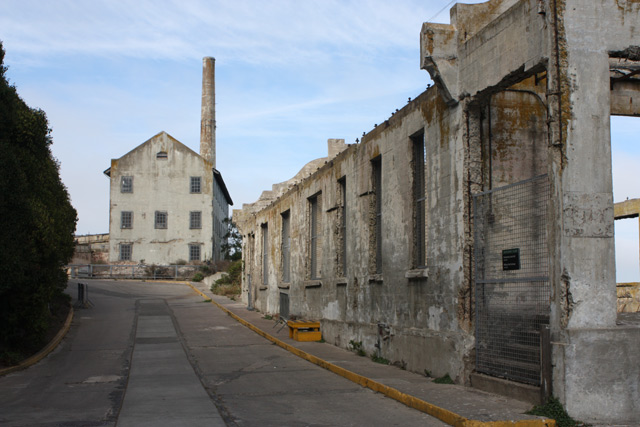 There would have been little privacy for the men imprisoned here with open fronts to their cages onto walkways where guards patrolled and new inmates were marched naked to their new accommodation.  Follow the rules and you might be allowed to finish your sentence at a prison with an easier regime.

There appeared to be little in the way of recreation apart from the library and the exercise yard where men would spend hours playing cards often in freezing conditions to avoid the claustrophobia of the prison block. All the while there is the constant reminder of what had been left behind by those incarcerated there as the sights and the sounds of the city float across the water from San Francisco.

As you stand there you can almost imagine the regret and solitude of the prisoners as the sounds of a New Year celebration with folks enjoying all that life has to offer filters through the bars to those for whom celebrations had been halted.

Outside the main block the island was home to the guards and their families. Their children lived on the island and accounts are given on the audio guides of how they travelled the fifteen minutes on the ferry to school each day but longed to get back to the island where life was safe and calm even with the one bad neighbourhood on the hill.

There were few successful escapes from Alcatraz most that attempted the feat were recaptured or were drowned in the cold waters of the bay. This did not deter a group of keen escapees made famous by the film Escape From Alcatraz. You can see their cells today and the holes that Clarence Anglin, John Anglin and Frank Morris made through the walls of their cells using implements made from spoons and other items obtained from the prison kitchens. They are the only three escapees who have never been accounted for. 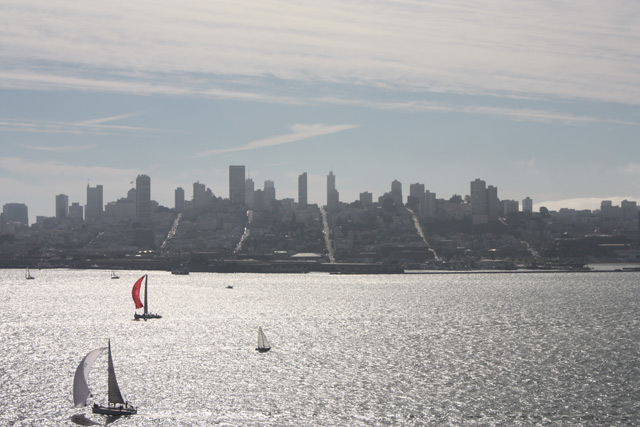 Alcatraz was finally closed by Robert Kennedy in 1963 but fifty years on still holds a fascination for the visitors who flock there daily. It was a great feeling to board the ferry and head back to San Francsisco with its hills framed against the sky and the glint of sun on the street car rails.  “It’s mighty good to get up and leave.” – Frank Weatherman, last con to leave the island.  A beer at Fisherman’s Wharf tasted really welcome, it was good to leave but a great place to visit.