Leave Your Heart In San Francisco

It is easy to see why Tony Bennett got all sentimental in his song about this wonderful town.  San Francisco is simply up there with the best of the world’s cities and is a must for anyone’s bucket list.

We drove to San Francisco for the final part of our California tour and headed south from Napa to join the I101 into San Francisco.  The 101 is the road to take into the city since it takes you across the famous Golden Gate Bridge which has been an icon of welcome into the bay since it was opened in 1937.  It is over 2.5 miles long and gives you a great feeling as you approach and can see the city for the first time. 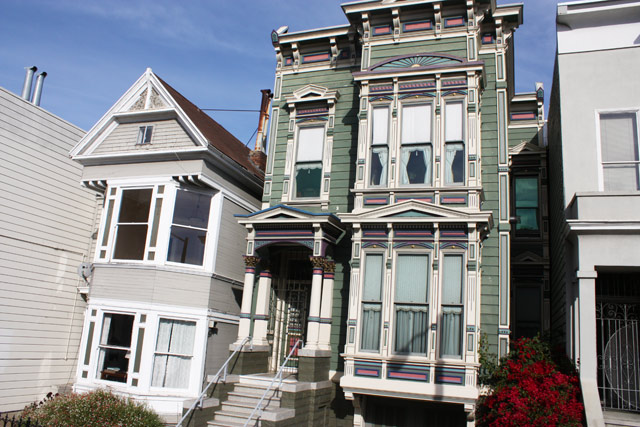 I101 is also great for navigation since it brings you right into the heart of San Francisco as it becomes Van Ness Avenue and starts to cross the roads with more familiar names as you head downtown.  Van Ness Avenue is a wide road constructed in the place where the fire break was created to halt the fires that followed the 1906 earthquake. To the left are all post 1906 buildings whilst to the right many buildings still exist from the Victorian times.

We found Post street and stayed at the Inn on Union Square.  The Inn is ideally situated right in the heart of the shopping district between Powell and Mason and within a few minute’s walk of the famous cable cars.   The Inn is a real find. It is a small hotel, only one room wide and is housed in a former book depository.  The staff are very friendly and efficient and from the moment they rescue from the hire car to the point where they put you in a booked taxi for the airport you are in good hands.  The rooms are classically appointed to give you a feeling of history and they make a very pleasant change from the usual city hotel.  Each floor has a small lounge where coffee and tea are available all day with the addition of a complementary breakfast and free wine in the evenings where you can mix with your fellow guests and swap stories of the day. 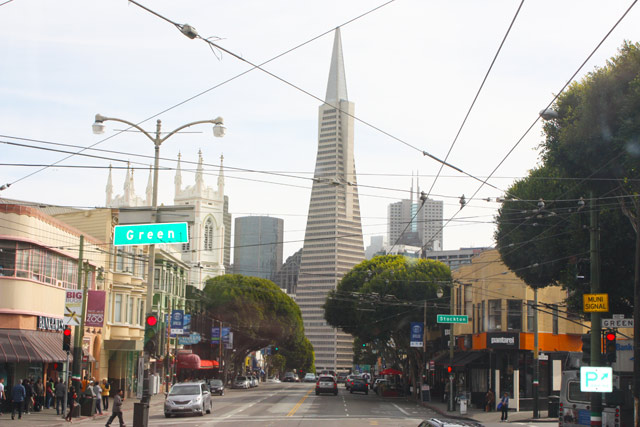 The cable car rides are a must and for $6 you can grab a real piece of authentic San Francisco heritage.  Designed Andrew Hallidie in 1873, the cars were seen as a solution to avoiding horrific accidents as horses lost their footing when climbing the steep hills.  The first car ran to Nob Hill and the cars were instrumental in the development of the hills in San Francisco.  From the bay the car lines can be seen like silver ribbons connecting the hills to the area around the bay.  The cars have a gripman and conductor who ensure that the car is firmly attached to the wire cable that runs continuously under the roadway.  A firm pull on the lever by the gripman sets the car going on its journey up the hill, careful operation of the braking systems ensure that the car moves safely downhill with the weights of individual cars balancing each other on the wire in the process. A skilled operation and woe betide anyone who gets in the way of the guys when they are operating the cars controls.  But don’t read about it go and try it for yourself.

The streets that lie on the flat approaches to the water were originally the beach of the bay at San Francisco and the banking district is built upon the remains of the shore and the many ships that were abandoned there as men forsook their earlier lives to search for gold in the Gold Rush of 1849. North Beach is one such area that still bears the name of the original shoreline.

Down at Fisherman’s wharf you meet the huge Embarcadero where many piers were built to service trade and cruise ships from the Port of San Francisco.  With the arrival of containerisation, and Oakland as the major port, the piers are quieter now with the exception of Pier 39 with its resident sea lions rivalling for a good spot on the pontoons.  There is a good maritime museum with a submarine from WW2 and the ferry to Alcatraz and other trips around the bay still operate from the Piers.  Fisherman’s wharf is crowded with cafes, bars and restaurants serving good food and offering views across the bay. Many souvenir shops line the route and you can be sure of picking up one or two items to take to the folks back home.

The Embarcadero is served by trolley buses which have been collected from round the world each still bearing signs of their origin and add to the cosmopolitan feel of the place.  When you are finished at the wharf catch the street cars back to Union Square for a touch of luxury shopping in the many shops that surround the square and the adjoining streets.  If you have time stop for a coffee on the roof of Macy’s to listen to the noise of the city. 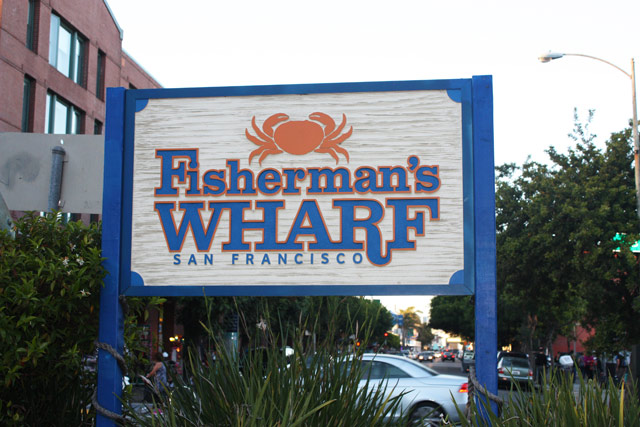 As the evening draws the day to a close it is time to look for a meal with a little of the old San Francisco heritage.  John’s Grill on Ellis street is a must.  It was founded in 1908 and is a San Francisco favourite.  The food is excellent and the decor really brings thoughts of the old San Francisco to life.  It was the setting for the Maltese Falcon and the wooden model of the bird, the photographs from the film made famous by Humphrey Bogart and the skilfully played Jazz take you back in time.

If seafood and steak are not your choice for each evening then try Fang’s restaurant in Market Street.  We wandered in there and were puzzling over the menu and deciding what we might eat.  We need not have worried Mr Fang appears and modestly announces himself as the chef and owner.  “If you trust me I will make sure you eat well”, he says.  We do and have a really good taste of authentic Chinese food fused with the traditions of Chinatown.   Fang’s is a must for your visit to the largest Chinese community outside of China.

San Francisco has much to offer the visitor and you will never be bored. Its easy to see why Tony Bennett left his heart there. 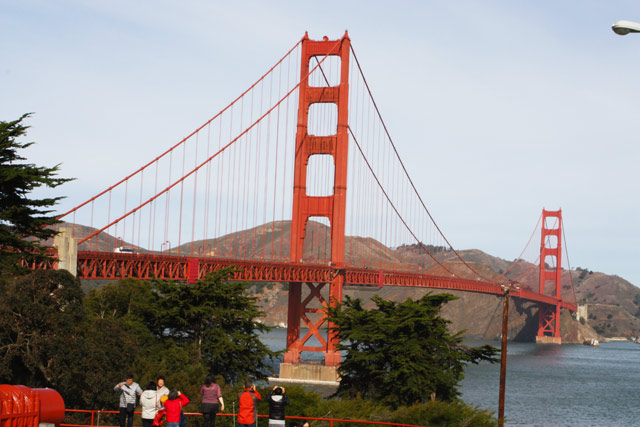