More U.S. luxury travelers plan to vacation in New York City in the next 12-24 months than any other destination in the country, according to a new survey by Resonance Consultancy, a leading global travel and tourism consulting firm.

New York City welcomed a massive 52 million visitors in 2012 and, according to a new survey conducted by Resonance Consultancy, more affluent American travelers plan to holiday in New York than any other destination in the USA.

“New York City has unique best-in-the-world cultural experiences that speak to the most affluent travelers,”

“For example, experiences such as attending Broadway shows are one of the three most desirable vacation experiences for the affluent traveler.”

The survey, conducted by the Luxury Institute back in December 2012, measured the opinions of more than 1,200 individuals with household incomes of $150,000 or more.

The top 10% of American households control 74% of the country’s wealth and account for nearly 50% of U.S. consumer spending today. “These households not only account for a growing share of consumer spending, but the majority of spending in discretionary categories such as travel, technology, financial services and personal care,” says Resonance Consultancy Executive Vice-President Richard Cutting-Miller. “The choices affluent travelers make are going to have a growing impact on the travel industry in the years to come.”

According to the survey, the Top 10 U.S. Destinations* for affluent travelers are:

While New York is the favorite destination for luxury vacations, New Orleans is one of the country’s most improved. Having fallen out of favor following Hurricane Katrina and the BP oil disaster, the city now claims the sixth spot. About 8.75 million people visited New Orleans in 2011 and estimates for 2012 suggest the city may meet or even eclipse its pre-Katrina record of 10.1 million visits, well on its way to meeting its goal of 13.7 million visitors by the time of the city‘s tri-centennial in 2018. 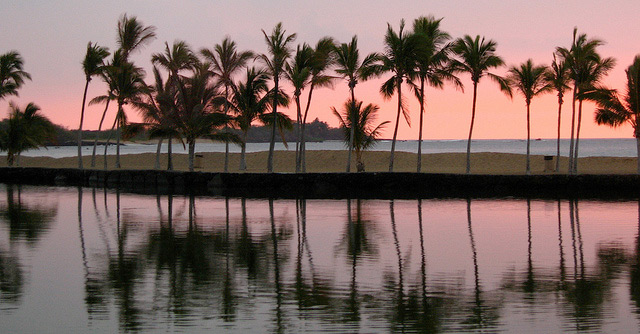 Hawaii‘s Big Island and California’s Napa Valley were just outside of the Top 10, edging out cities such as Boston and Los Angeles. “Visiting a wine region such as Napa Valley is the most desired type of vacation experience for luxury travelers according to our study,” says Fair. “We think that speaks to America’s heightened food and wine awareness, a desire to participate in cultural tourism, and a growing connoisseurship, particularly among people with time and money to invest.”

The Resonance Consultancy study of U.S. Affluent Travel & Leisure was carried out among a representative national sampling of the top 9% of U.S. households – 1,232 consumers aged 21 and over with a minimum gross annual household income of $150,000.