The Top 5 Restaurants in Monaco

France, a nation synonymous with fine dining. From the luscious vineyards and abundant seafood of the lowlands and coastlines to the sumptuous cheeses and tender meats of the highlands and forests. Squeezing every last drop of flavour from a landscape as diverse as its population are the world-renowned, Michelin-starred French chefs. The proverbial cherry on the top of it all is Monaco, the perennial capital of luxury and home to some of not only the greatest restaurants in France, but also in the world. Make use of the Monaco helicopter charter service to take a trip down to the Principality from other locations of the French or Italian Rivieras for a fine dining experience. 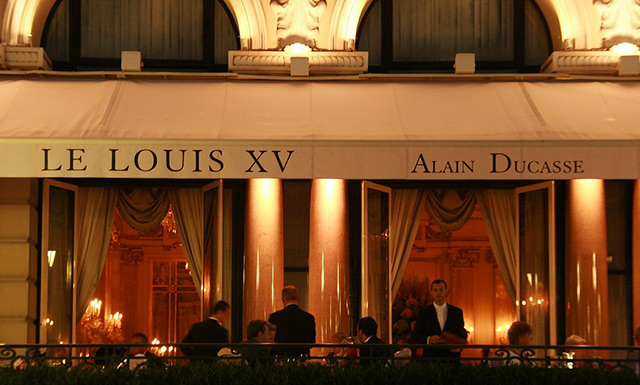 Any list of Monaco’s finest restaurants would feel somewhat unfulfilled without a mention of Le Louis XV. Charged by Prince Rainier II in 1987 with the seemingly impossible task of delivering the world’s first three Michelin star hotel restaurant to the principality, legendary chef Alain Ducasse achieved the feat in no more than three years.

Such a remarkable accomplishment may appear to be more befitting of a Hollywood film or a lucid dream. Indeed the restaurant’s interior at first glance appears to be no more than an extension of this elaborate illusion. The looming 10m high ceilings and lavish chandelier transports you back to the era of the restaurant’s namesake. This is, in fact, no more than a well-devised trompe l’oeil for which its grandiose décor masks a restaurant only 27 years in the making. The food is as much a delight for the senses as is the interior.

Alain Ducasse’s protégé Franck Cerutti, said to have “olive oil running through his veins,” has masterminded a delightful series of menus of exclusively local ingredients each with its own alluring title: “The Farm”, “The Sea”, “The Vegetable Garden”. As these names suggest, the food is wonderfully simple and, yet, all the same fabulously intricate. Inspired choices at local markets and the professional hands of Cerutti and his entourage render a simple cut of Iberico Jabugo ham with figs into a masterpiece.

While the thirty or so customers dine to the tune of twenty of the world’s greatest chefs, a selection of 400,000 bottles of wine lie stowed away in a private cave ready to compliment some of Monaco’ finest dishes.

Being the world’s most decorated chef with a total of 26 Michelin stars, Joel Robuchon’s eponymous restaurant deservedly stakes its claim among our list of Monaco’s top restaurants. The Joel Robuchon Monte Carlo restaurant is the quintessential fine French dining experience. The dishes bare all the hallmarks of a Robuchon restaurant: innovative and colourful design, careful attention to detail, intense flavours and local ingredients. From the Langoustine ravioli with truffles to the quail caramelized with apple purée and truffles, all the dishes are irresistibly light and devilishly moorish. Watch the plates being prepared by executive chef Christophe Cussac.

One of Monaco’s most celebrated hotels, the elegant Hotel de Paris assumes its obligatory place on our list. The rooftop bar Le Grill combines spectacular food with spectacular entertainment. Watch as the roof slides back to reveal the constellations and panoramas of the bay on balmy Monegasque evenings. The transformation is complete. From Le Grill’s routine business lunches, romantic candlelit dinners fill the restaurant with the gentle chatter of couples.

The Michelin starred menu of Le Grill ranges from the traditional to the original. Souffles follow tempura of langoustine to complete a truly eclectic Provencal menu. Nonetheless, all of the dishes are irresistibly light and interspersed with delectable palate cleansers. 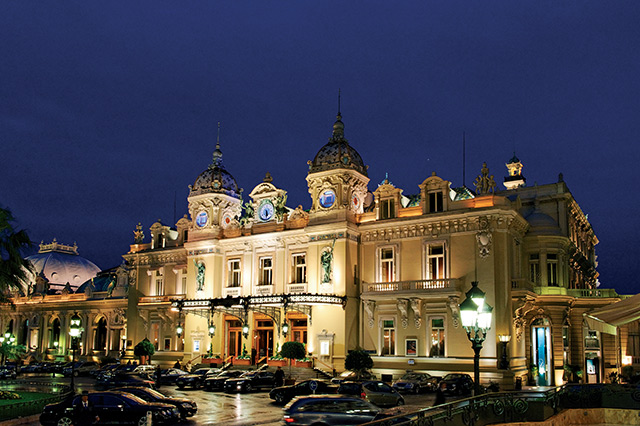 Every year Monaco attracts jet setters from across the globe, who come in search of the luxury lifestyle. They arrive in their droves upon the winding roads of the Pre-Alps, aboard a luxury charter yacht or by helicopter from Nice to Monaco. Besides the fabled Grand Prix and the superyachts lined in the harbour, those hardy chefs at the Brasserie Restaurant at Columbus Hotel are trying to earn the petite Principality a name for itself elsewhere.

Overlooking the glorious Princess Grace Rose Garden this charming little brasserie serves some of Monaco’s best food with romantic views. The recent success of this particular brasserie is testament to the emergence of a new culinary trend in Monaco. The trend involves sourcing the best Mediterranean produce from the local markets and fishermen. The brasserie menu is, as you can imagine, inspired by the fresh and seasonal ingredients with plenty of champagne to accompany it. 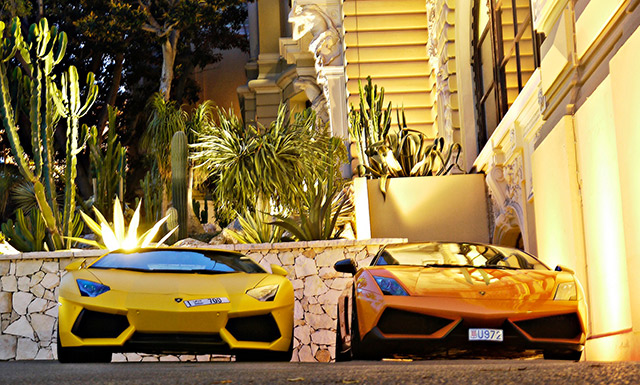 For something a little different with an exotic touch, visit the Buddha Bar in Monte Carlo. Introducing elite diners the world over to a more sophisticated oriental taste experience, the Buddha Bar first arrived to critical acclaim in Monaco in 2010.

The amalgamation of sushi, Chinese and Thai food with DJs and cocktails in the lounge bar until late has brought something of a novelty to an otherwise antiquated dining scene. The food here is a work of art, the plate an empty canvas upon which the chefs splash vibrant sauces and layer with 3D morcels of seafood. Freshness, simplicity, colour and flavour are common themes of each dish. Ranging across the entire oriental culinary spectrum to the apotheosis of Mediterranean dining. The red prawns served with ribbons of asparagus and the squid ink rice crimson quinoa and wild cèpes are almost so beautifully arranged you feel guilty for eating it.