In Greece, you can truly get back to where it all began. Historically influential and boundlessly beautiful, this small country is layered with infinite gems to discover. Whether you’re marvelling at the remnants of ancient civilisations, basking on sun-drenched beaches, or cruising across its azure oceans on a luxury yacht – prepare to be well and truly won over. Watch new culture collide with ancient worlds as you experience UNESCO patrimony in Greece.

The Old Town of Corfu

Though Corfu’s impeccable coastline attracts sun-worshiping crowds, this is much more than just a beach island. It’s UNESCO-listed old town is brimming with parks, palaces and important ancient ruins that tell of lost civilisations. Delve into the past and discover more about Paleopolis, Corfu’s most important ancient settlement. Climb the 14th-century Venetian fortress, Palaio Frourio, overlooking the rugged coastline. And end on a high at Achillion Palace, a 19th-century idyll with heart-snaring views well-worth the steep climb.

The Acropolis of Athens

With historical treasures crowning almost every inch of land, Greece abounds in UNESCO patrimony sites. But perhaps the most important site in Greece (and in the western world) is the Acropolis of Athens. This site is what remains of the once-opulent city of Pericles. While they began building it in Neolithic times, people only lived here until the late 6th century BC – in 510 BC, the Delphic oracle declared it property of the gods. Today, it’s easy to imagine what it once was – a city of towering marble columns, dazzling buildings and larger-than-life-statues emblazoned with precious stones. Look out for the remains of these ancient buildings, like the Parthenon, the Erechtheion and the temple of Athena Nike. 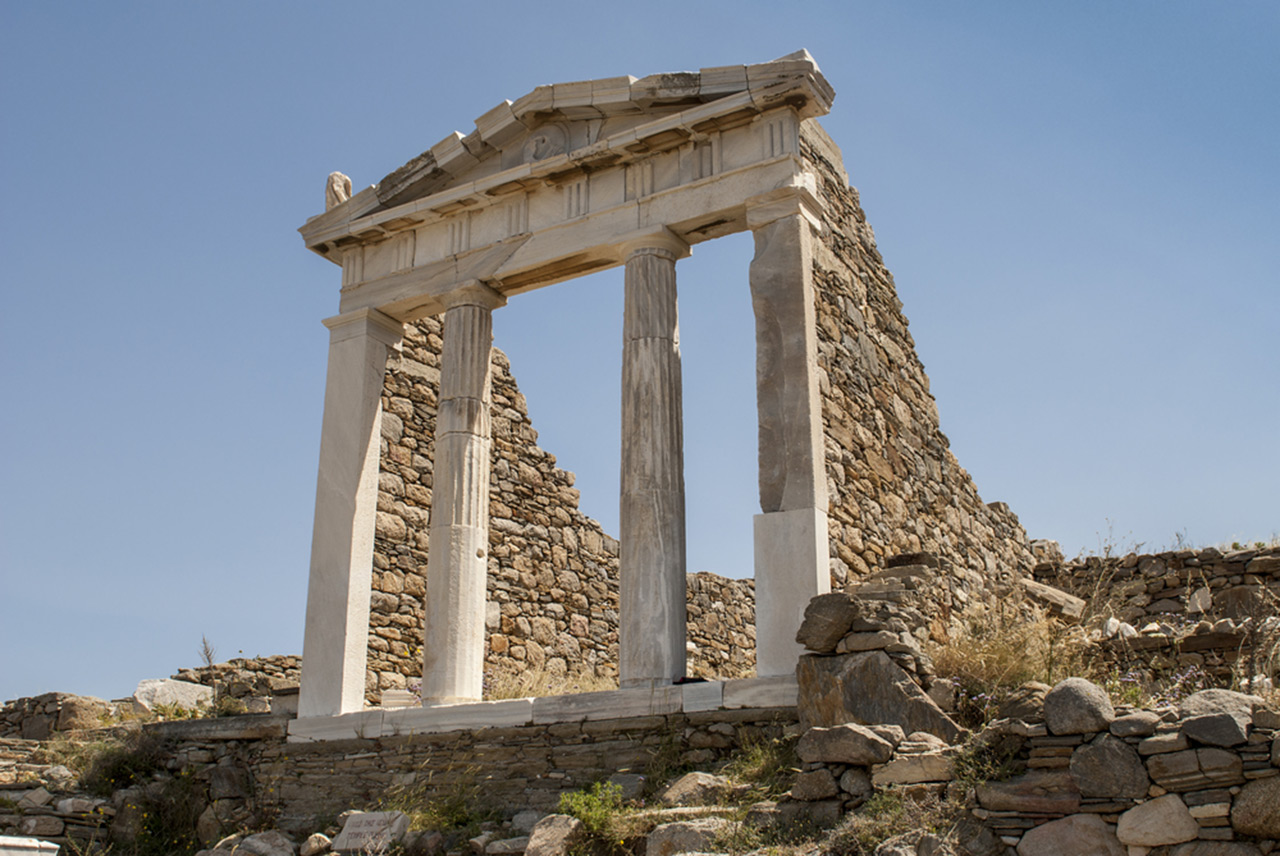 Greece’s islands, like glittering jewels scattered across the Aegean, bore witness to the birth of art, literature and western civilisation as we know it. In the centre of it all sits Delos, the birthplace of the Greek God and Goddess Apollo and Artemis. For this reason, Delos is considered to be the most sacred of all the islands. Once a bustling cosmopolitan port, you’ll find evidence of wealthy ship owners across the island, like the extravagant homes with elaborate mosaic floors and frescoes. Discover the cluster of striking temples, three of which were dedicated to Apollo – Temple of the Delians, Temple of the Athenians and Poros Temple of Apollo. And be sure to save space on your camera for the Terrace of the Lions – these impressive marble statues were gifted to Delos in the 7th-century BC to protect the area. As overnight stays are forbidden, it’s the perfect place to venture to by boat. And from the deck of a stunning luxury yacht charter, Greece and its islands look even more beguiling. 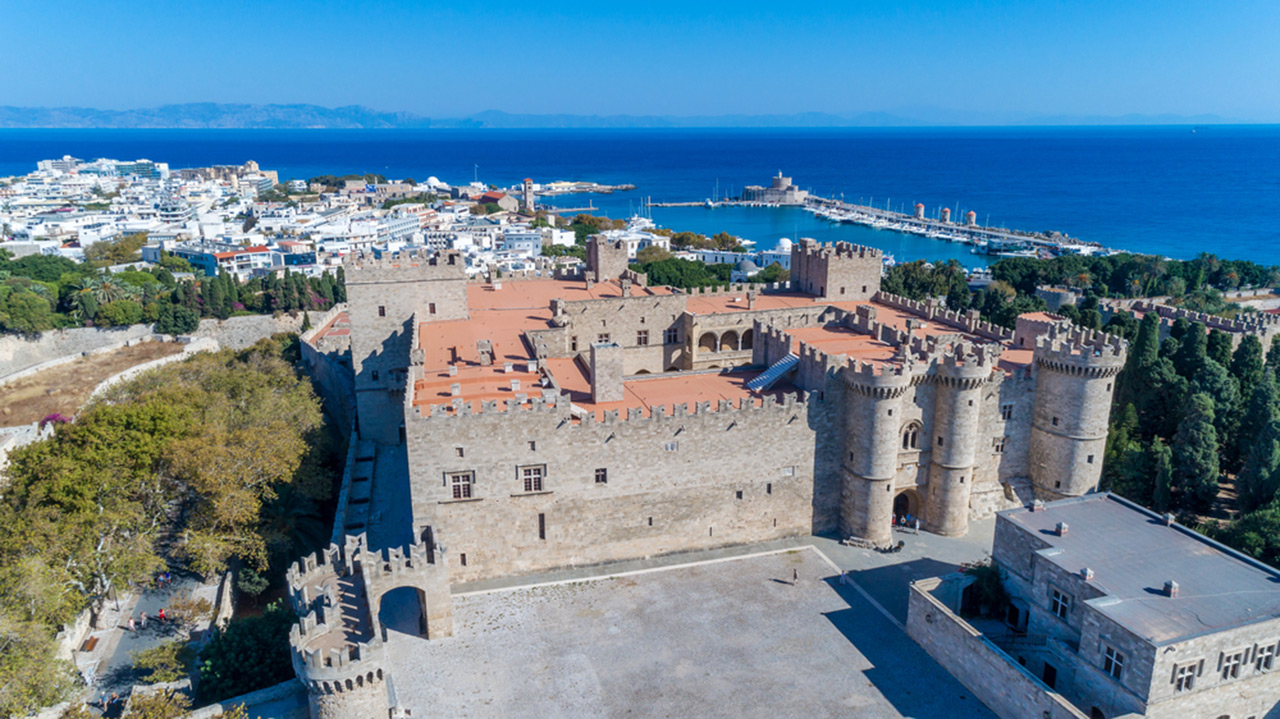 The Medieval City of Rhodes

Rhodes is a layer cake of history, boasting the richest past of all the Greek islands. Walk the rambling streets and marvel at its past immortalised. Think Frankish and Ottoman buildings, Islamic mosques, Gothic grandeur and a touch of Italian charm in this Greek centre of UNESCO patrimony. Walk down the Street of the Knights, once home to the Knights Hospitaller who ruled Rhodes in the 14th century. Along the way, dip into some of the old town’s many museums. The Archaeological Museum is the greatest in all the Greek islands. Its expansive collection spans 7,000 years, and includes a marble Aphrodite statue from the 1st Century BC. When you’re done delving into its history, climb up to the 7th-century Roloi Clock Tower to see Rhodes’ patchwork past illuminated by the Grecian sun. And by night, get lost in its labyrinth streets, to soak up more hidden treasures, or to simply savour a traditional Greek dish in a tucked-away tavern.

With coastal heritage sites and immaculate islands brimming with history, there’s no better way to discover UNESCO patrimony in Greece than from the deck of a luxury vessel.